SUBMIT YOUR ENTRY FOR MELANIN MONDAY! 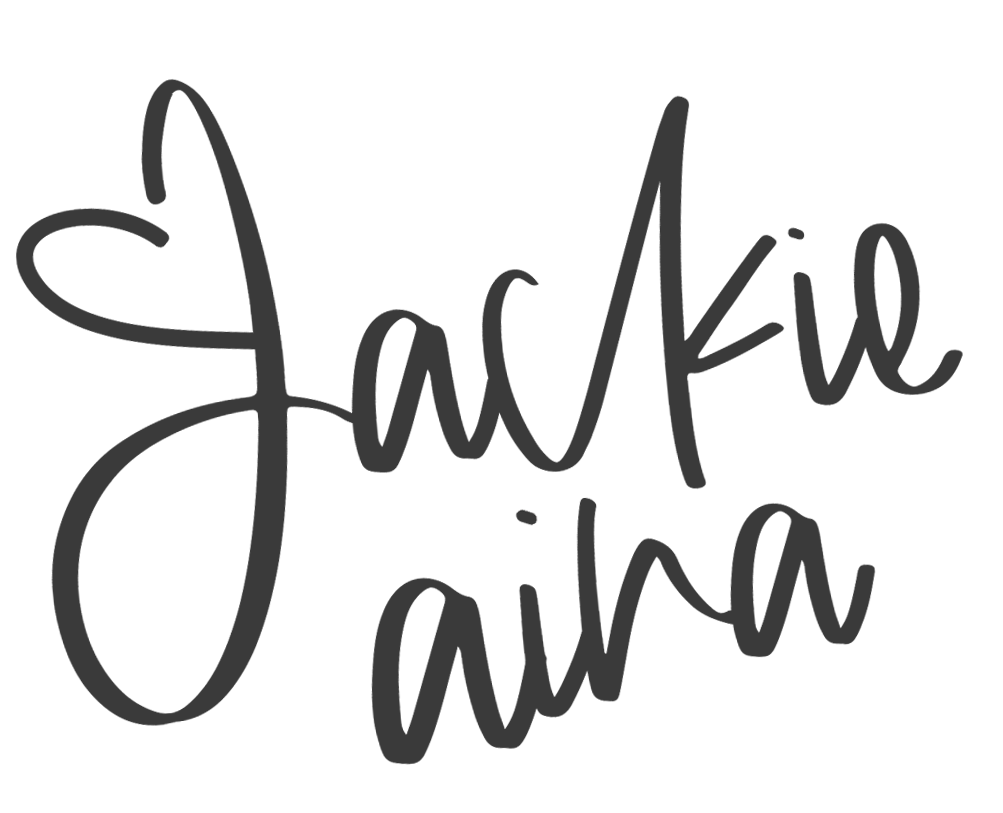 These Two Women Slayed Halloween With My ABH Palette

Tyler decided to pay homage to the horror film Carrie by morphing herself into the titular character. The mom of two has been doing makeup for four years, providing glam and bridal makeup to everyday women. She plans on taking her makeup talents global with her family and wants to create her own beauty brand in the future.

Sierra is a makeup artist who’s been working in the field for nine years and recently started getting into special effects makeup. Her look, titled “Hallow Nights” is reminiscent of an eerie graveyard that’s brightened up by a full moon and beautiful fuchsia sky. She says these types of looks take a lot of time, but she absolutely loves it and hopes to become a beauty influencer in the future.

We caught up with both of the winners and learned more about their backgrounds and what they hope to achieve in their careers.

Simone: According to your Instagram bio, you call yourself the “Creative Weirdo”. Where did that name come from?

Tyler: I first heard the term “Creative Weirdo” from a Mr. Kate video and it stuck with me because it described my personality perfectly. There were times where I was told that some of my creative ideas were weird or unorthodox, and it made me feel alienated. Using the term “Creative Weirdo” normalized who I am as a person and even has allowed me to join a whole community of other creative weirdos.

Simone: How did you get into makeup and what drew you to it?

Tyler: I started getting into makeup four years ago. I remember the first palette I ever bought was a Coastal Scents Revealed palette, and I opened it up not knowing what in the world I was doing, I threw the eyeshadow on my eyes— it looked terrible— and the rest is history. I was drawn into makeup because it was an art form that really intrigued me. The fact that someone could completely change how they looked with a little bit of makeup was what drew me in.

Simone: On your Instagram page, you show off a lot of your special effect makeup looks. What sparked your interest in doing that type of makeup?

Tyler: The idea of transforming yourself into a character is what sparked my interest. It is a craft and a skill that I wanted to master. When I do these different character creations it’s almost as if I take on their personality and for just that moment, I can take off the “Tyler” mask and put on a whole different persona. I follow so many amazing body paint and special effect artists, and they are who I truly gain inspiration from.

Simone: What was the inspiration behind the “Carrie” look you created?

Tyler: My inspiration came from the movie and I was really intrigued by the juxtaposition of something so glamorous as winning prom queen in a gorgeous dress and being marred by a bunch of blood.

Simone: What do you want to tell black girls who don’t always feel the support or feel visible in the makeup industry?

Tyler: Be yourself unapologetically. No matter what anyone says, know that you are a beautiful human being. You can do anything you put your mind to, and never let anyone take your shine away from you. Go after you dreams with full force, the world is yours.

Simone: What’s the most fulfilling part of your job as a makeup artist, and how has it changed your life?

Tyler: The most fulfilling part about being a makeup artist is making people feel beautiful in their most important moments in life and the joy that shines across their face is priceless. Being a makeup artist has afforded me many wonderful opportunities including a role as the Key Makeup Artist in a film, and I cannot wait to see what the future holds.

Tyler: I have had my YouTube channel for two years now, and I am actually getting ready to revamp it and bring in fresh and new content, so be on the lookout for that in the next month! I have been working with clients for the past two years, and I have a blast each time I am able to glam someone.

Simone: If you could do anyone’s makeup— a celebrity or public figure— who would it be and why?

Tyler: Whew! This is a hard one because there are so many names on the list. But if I had to choose three, it would be Jackie Aina (of course), Beyoncé and Lizzo.

Simone: What are your goals for yourself in the makeup industry?

Tyler: My goals for myself in the makeup industry would be to own a thriving beauty brand, travel the world doing makeup— with my husband and kids by my side— and be a role model to young black girls and women around the world.

Simone: What was going through your head when you learned that you won Jackie’s “Glam – O – Ween Contest”?

Sierra: I was at home. I had just gotten home from work. And I didn’t believe it at first. I kept reading it over and over. It was just like complete shock.

Simone: How did you start doing makeup and what sparked your interest?

Sierra: I’ve been into makeup for nine years. I would just kind of do makeup for fun and the more I would do it, I realized that it was a passion. And then I just kept playing with it. I started the Instagram makeup page and it’s truly a passion and something that makes me happy. It’s an escape for me. I would like to be someone like Jackie one day who’s able to inspire others and speak up for those who can’t speak for themselves. It’s something I truly enjoy and aspire to do. I do kind of work in makeup right now. I work at Ulta Beauty. I’m a Prestige Manager there. So, I get to deal a lot with makeup a little bit.

Simone: What about special effects makeup made it appealing to you as a makeup artist?

Sierra: It’s so much fun. And then working on something and seeing the outcome is cool. I’m also into art in general—like painting also catches my eye. But it’s really a lot of fun. It’s something cool. It’s something a little different because not everybody is into special effects type of makeup. But honestly, I just have a lot of fun with it.

Simone: It seems like it. The look that you created was “Hallow Nights”. How did you settle on the theme?

Sierra: So, I’m competitive. I didn’t want to just do your traditional Halloween look, and then just use her palette. I wanted to do something different. And so maybe a few months ago, I did a piece where I painted a graveyard on my forehead and things like that, and people seemed to enjoy it. So, I was like, ‘Let me kind of blow it up and do it on my chest and make it a little spooky and Halloween-themed.’ So, that’s how I came up with that. But I was just really trying to go for something different, and I wanted to stand out, so that’s kind of how I came up with that concept.

Simone: If you could do anyone’s makeup— a celebrity or public figure— who would it be and why?

Sierra: I would definitely like to do something crazy, or editorial. I think doing something on someone like Rihanna would be really cool— like doing more of a creative, colorful, editorial type of look. She looks good in anything. A magazine photoshoot or something for Rihanna, or like one of her music videos. I just love her style, and I think I could really kind of grasp that with my artistry. I think that would be super dope.

Simone: Rihanna’s a good fit for anything creative or just out of the box because she’s willing to go there.

Sierra: Yeah, she’s willing to go there for sure. That’s why she popped into my mind at first because you can put anything on her and she’s just open to it, and she’d pull it off.

Simone: What do you want to tell black girls who don’t always feel the support or feel visible in the makeup industry?

Sierra: It’s ok to be who you are. Don’t feel like you have to hide. Don’t make yourself uncomfortable to make someone else comfortable, just be who you are— it’s ok. It doesn’t matter what people say. Half the time when I’m getting negativity or something from someone, they don’t really matter in my life. They’re not a significant family member or a good friend anyways. They’re just like a random person that’s just hating. So that’s the thing I tell myself about negativity, too. If this person’s not significant to me and doesn’t play a part in my life, it doesn’t matter. I don’t care what they say. And that’s just the attitude you have to have, too. Like I said, be unapologetically you. And it’s totally ok to be who you are, and just like embrace it and show it off. Be yourself. Show off your style, it’s ok. If you want to wear black lipstick, it’s totally ok. And just have fun. And if it makes you happy, that’s what matters most. Don’t change who you are and be sad and box yourself for other people.

Simone: What are your goals for yourself down the line as a makeup artist?

Sierra: Definitely a following. I do hope to become a beauty influencer. And putting myself on the platform, putting my work out there. But the main thing is that I want to help people. The thing for me is if do become a big beauty influencer, I want to express that it’s ok to be unapologetically you. So, I would love to just put myself on a platform to show people it’s ok to be who you are regardless of what people think. And just embrace it. And it’s totally ok if you’re a little different. And you’re outside of the box. As cliché as it sounds, I want to be that person that I wish I saw growing up. Like, ‘Oh this person’s like me. They’re a little different, and that’s cool.’ Someone to kind of see that and relate. So that’s something that I definitely would love to achieve as a beauty influencer one day. 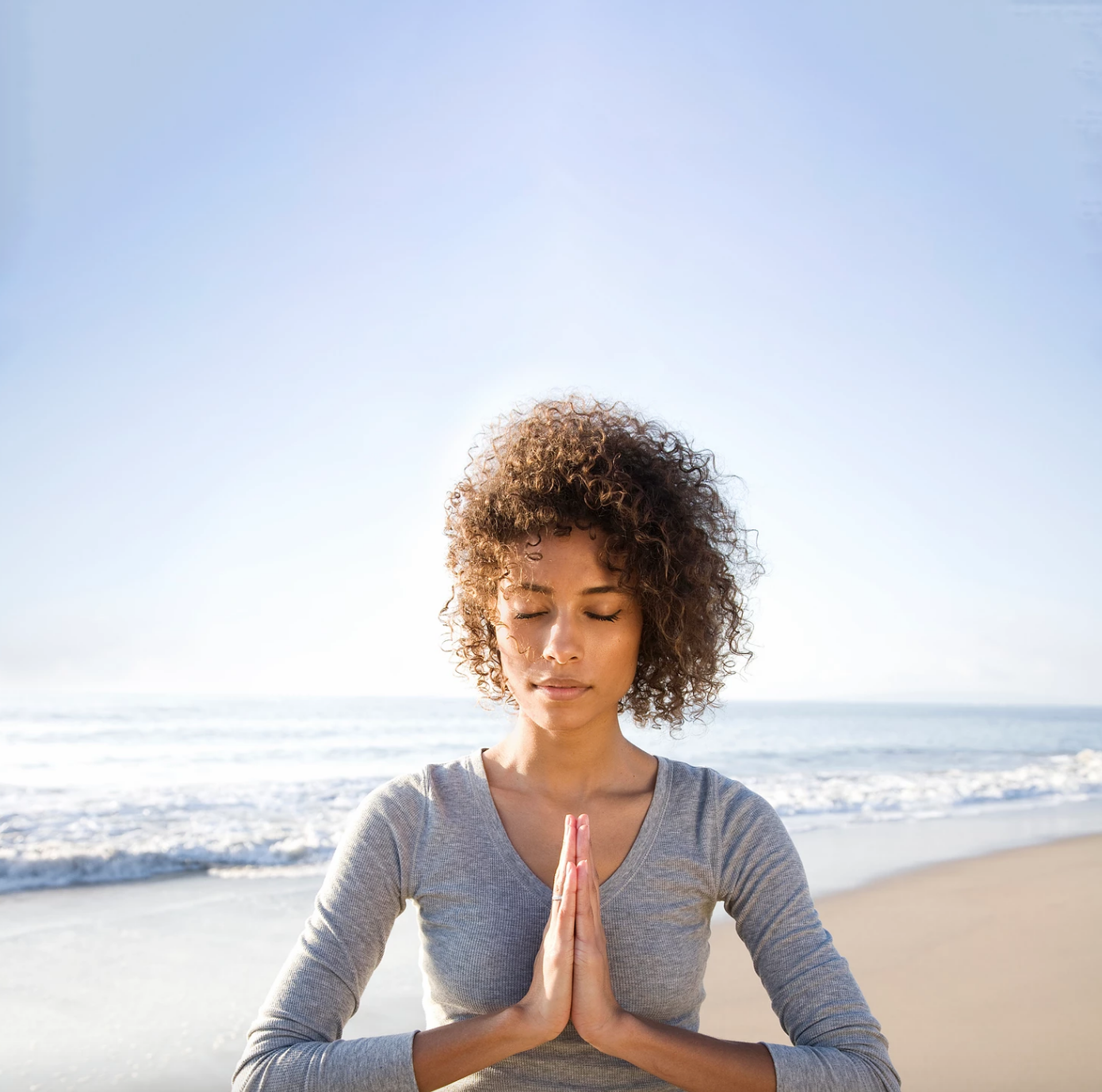 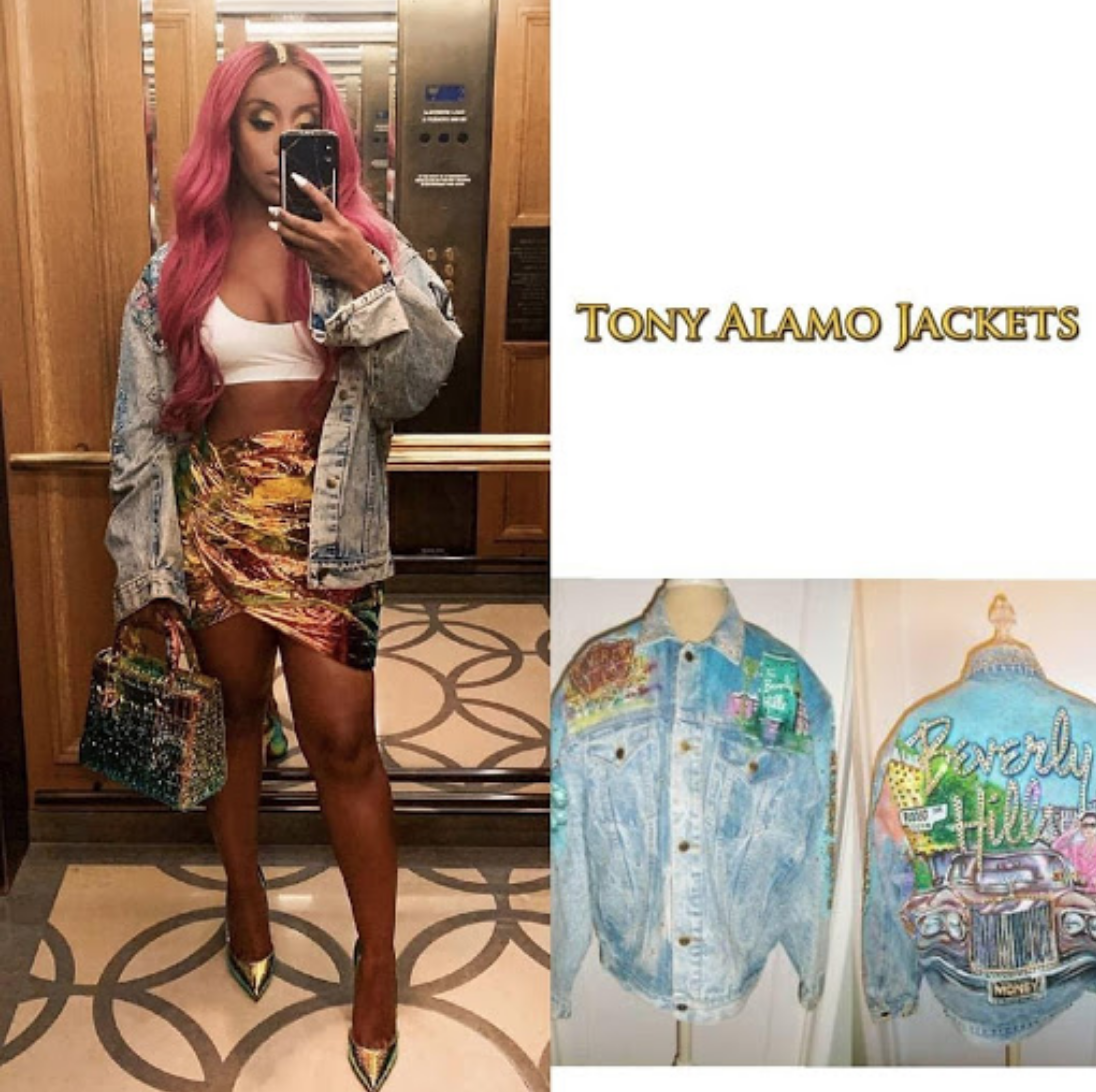 Jackie’s Weekly Fashion Round – Up 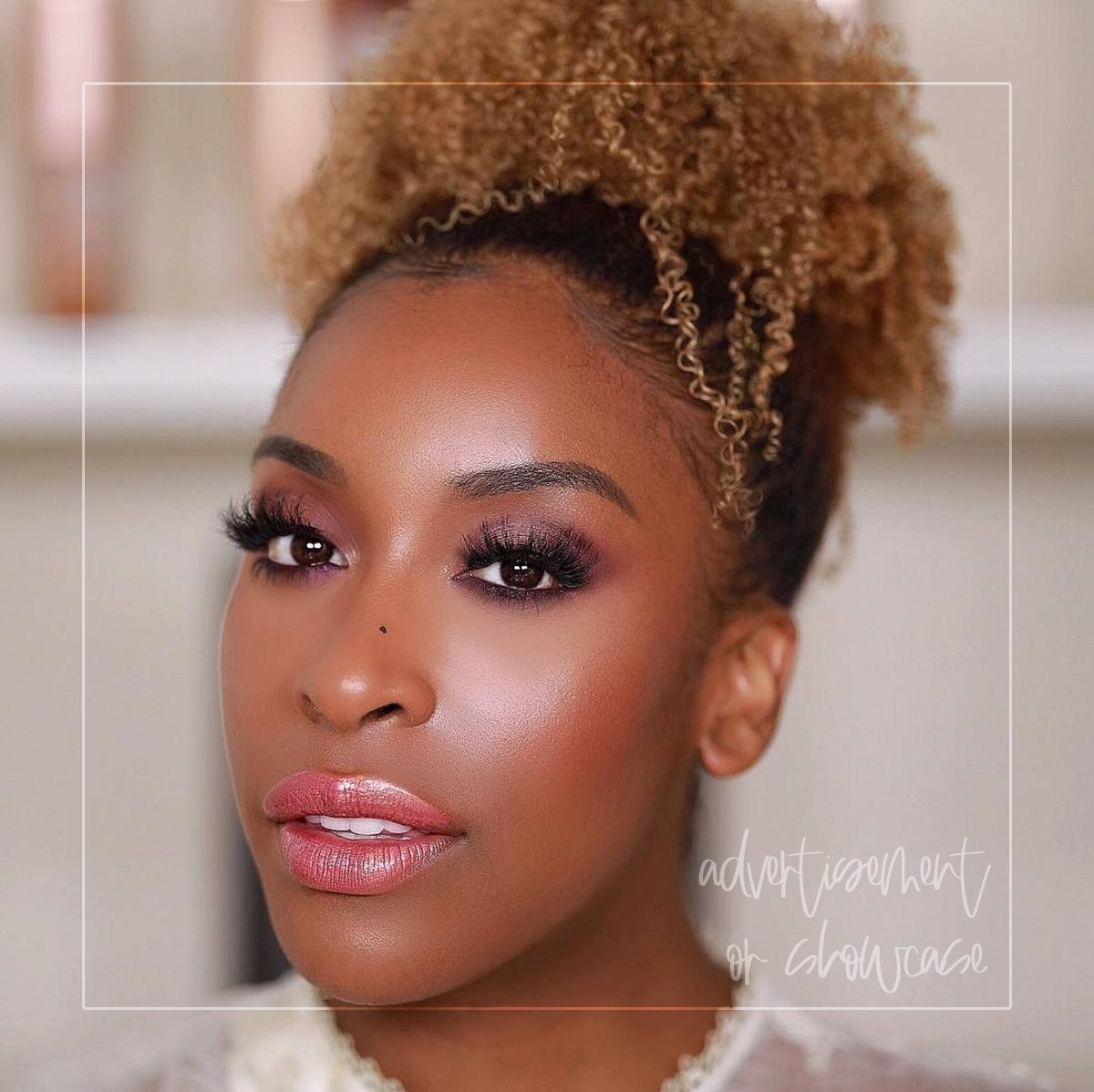 Spam belongs in a can, not your inbox.  We promise to only send the good stuff.

Jackie’s Weekly Fashion Round – Up 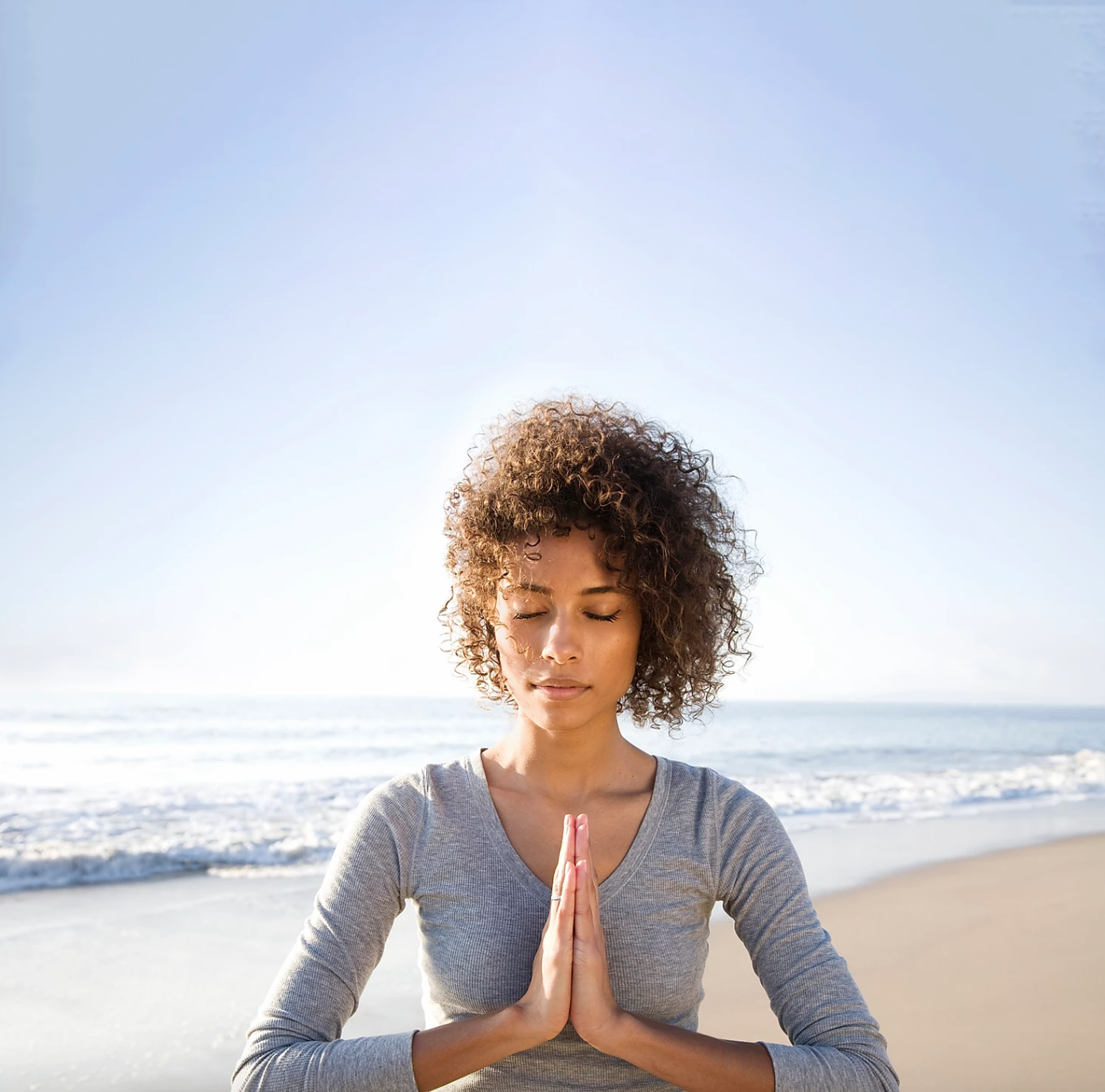 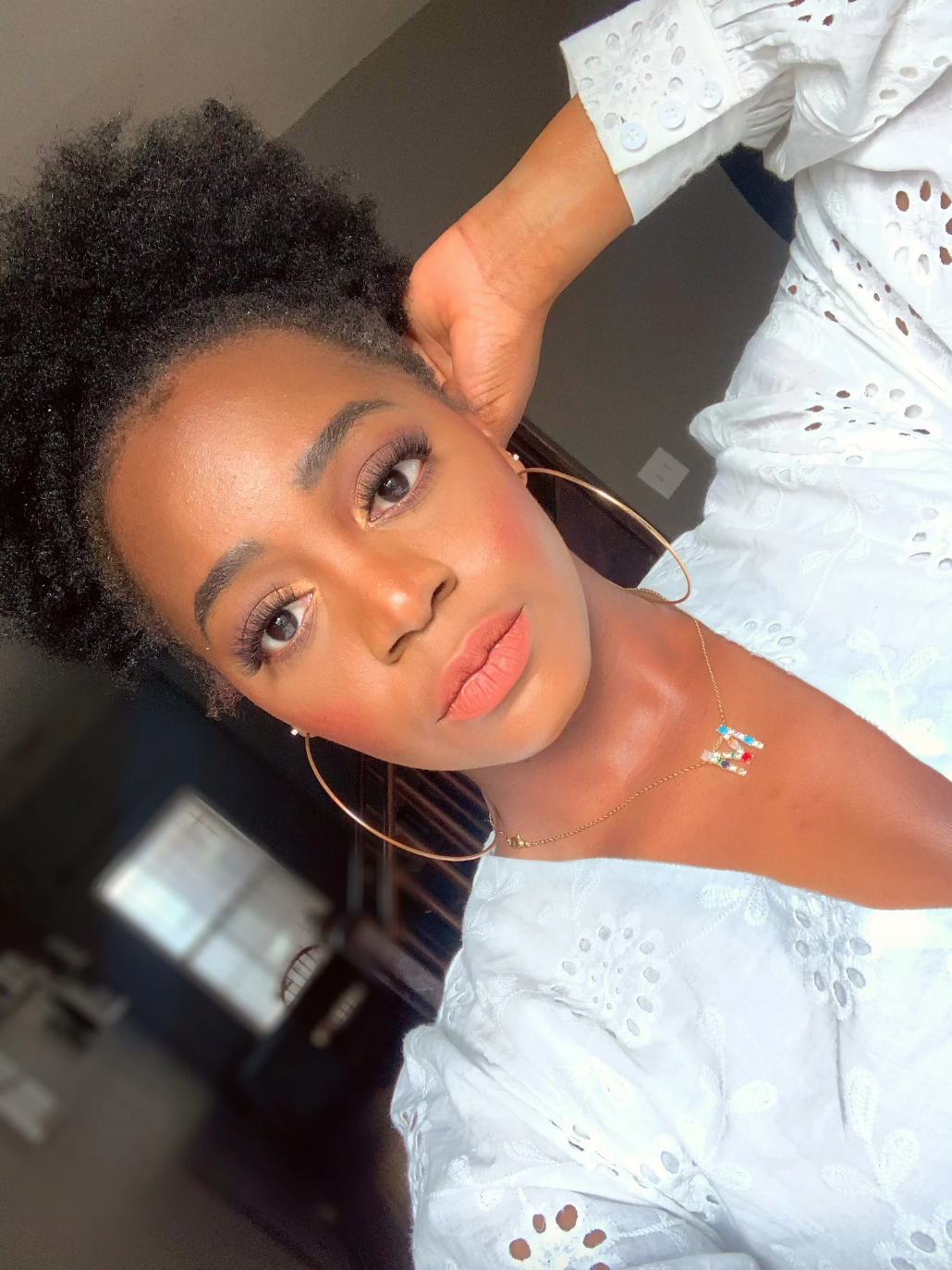 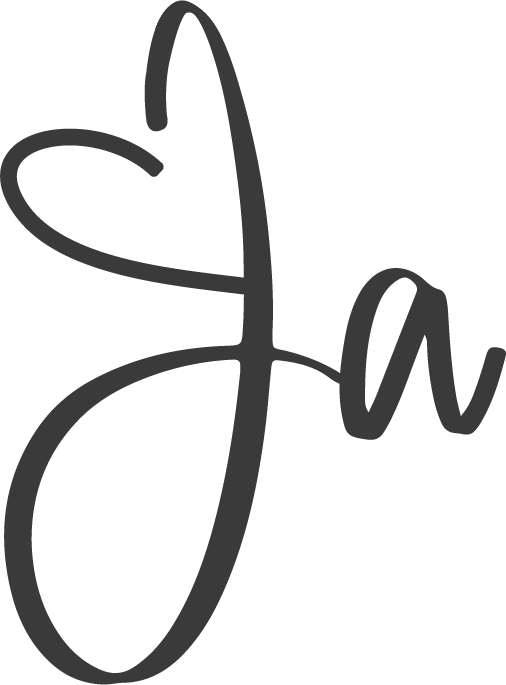